Home >
Collections > Do you like to Get Naked at the Beach?

Question asked. If yes, you are not alone. Here are some of the best nude beaches, where you can forget about tan lines but not the suntan lotion. Many have cruisier areas for the fellows and all are LGBT-friendly, often with a stretch of sand flying the rainbow flag.

Nudism is optional on weekdays but obligatory on weekends and public holidays at Praia do Abricó, a naturist destination since the 1940s and the only nudist beach in Rio. Located in the Barra da Tijuca to the west of the city and popular with a gay public, the wide and tranquil beach is off the main tourist track but accessible by bus and taxi. There is a restaurant on site, and you can also bring your own picnic snacks. 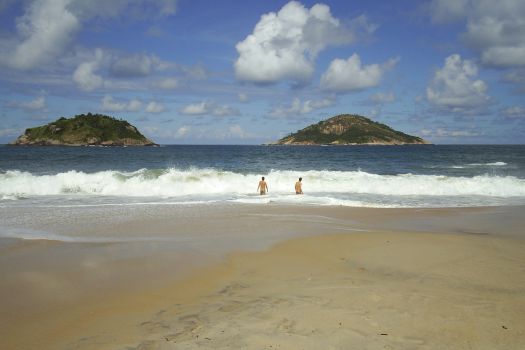 Bellevue Beach is a popular nude beach with a well-attended gay section along its northern end. A short ride from the city center to Klampenborg Station, it draws a young, carefree crowd who like to blast music and generally cut loose. There is little infrastructure, but the beach does have lifeguards and freshwater showers. 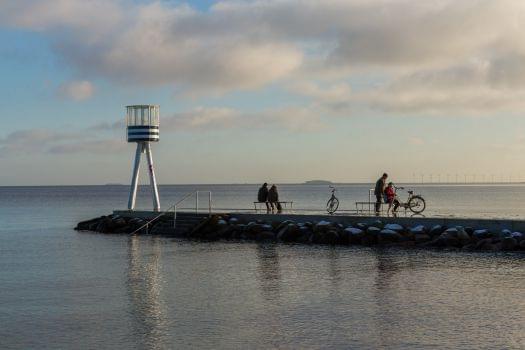 La Mar Bella or Marbella is a 20-minute walk from the Poublenou stop on the #4 Metro line. It's known as a nudist beach popular with the young LGBTQ crowd. The nudist section is screened by a long hillock of bamboo. Created as part of the urban renewal that came with the 1992 Summer Olympics, La Mar is big on water sports - windsurfing, Hobi Cats, kayaks - with drink kiosks and lounge and umbrella rentals. It even has a "biblio-beach" rental library. 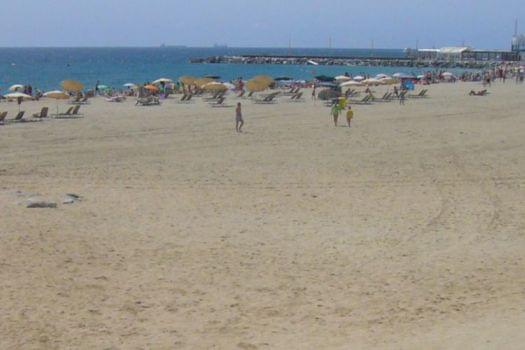 Home Mort, the main gay nudist beach, is really two beaches: Home Mort and Platja de Roses. "Dead Man Beach" is a 10-minute taxi ride to the old L'Atlantida disco and then a challenging 10-minute descent by foot down the cliff. Isolated and with vegetation, it offers lounge and umbrella rentals, a food stand and toilets. It also attracts straight naturalists. 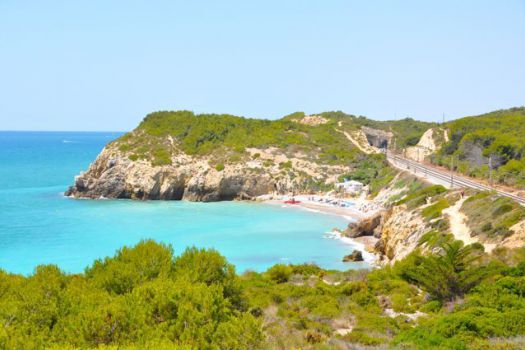 Haulover Beach Park on Collins Avenue about 10 miles north of South Beach is one of Florida's last remaining wild sections of beachfront. It's a good place to fly a kite rented from Skyward Kites that's been in business for 20 years. The 2.5-mile long stretch of pristine sands is great for swimming and surfing with a half-mile "clothing optional" section at the northern end. The LGBT crowd tends to frequent the most northern reaches. The Bill Bird Marina in the park has the largest charter/drift fishing fleet in South Florida. Route 103A (Max) provides bus service along Collins Avenue. Parking is available on the west side of Collins with walkways to beach. 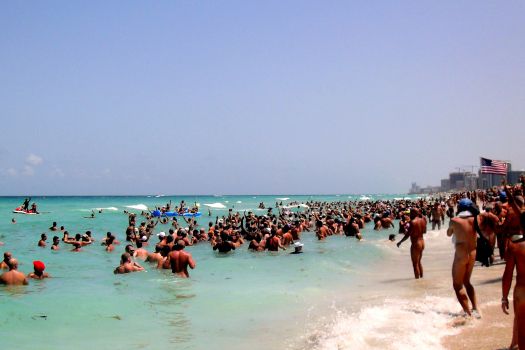 Sandy Bay is a clothing optional beach on the Atlantic Ocean about a half hour south of the city. A good cruising spot, it offers some sheltering rocky outcrops, but the beach can be cold and windy. It is accessible only after a 20-minute walk from the car park at the southern Llandudno Beach or the car park at the northern end of Hout Bay. 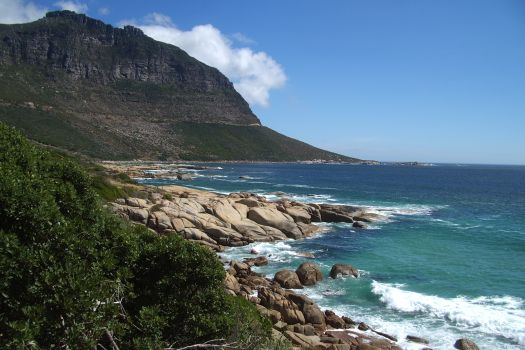 One of the largest nude beaches on the East Coast, Gunnison Beach in Sandy Hook, New Jersey is big, friendly, and diverse. Two miles of clean sand, with hiking available nearby, it's accessible from Manhattan via a ferry and free beach bus.  The beach draws all types-you'll see families, singles, young and old-but the cruising area is to the far right, past the bend. 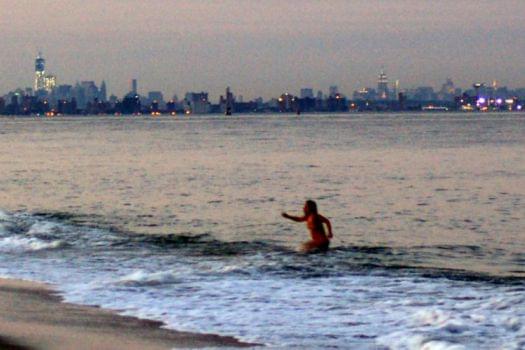 Es Cavalllet is Ibiza's meeting point for the LGBTQ community. Isolated at the end of the strip of white sand, it is about 10 minutes walk from the more mainstream part of the beach and extensive parking area near Es Chiringuito Beach House. On the gay-friendly end, the blue, warm waters and an extensive bushy areas combined with the trendy Chiringay bar and restaurant provide hours of happy times with loads of hot, naked bodies on show. 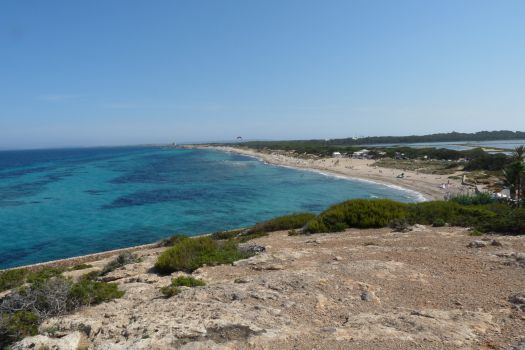 "Cozzies " - Australian for swimming suits - are optional at Lady Bay, the country's oldest nudist beach, legal since 1976. Also called Lady Jane Beach, it is only 328 feet (100 m) long with calm waters. It is known as a gay beach although straights and gawkers turn up, too. Good for picnicking, bird-watching, whale-watching and hikes, it is a 15-minute ferry ride from Circular Quay to Watson's Bay. Buses also depart from circular Quay but take considerably longer. 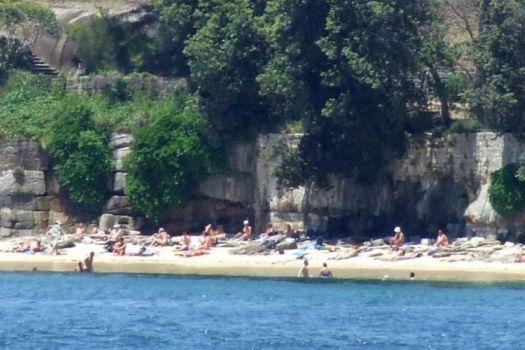 Black's Beach - at least the northern part of it - is one of the largest public nude beaches in the US. Surfers prefer the challenging swells on the southern end, but the waters with rip tides and often chilly temperatures aren't for inexperienced swimmers. Other dangers are stingrays and landslides from the Torrey Pines bluffs. Best route to the sands is the steep Torrey Pines Gliderport Trail between the Torrey Pines Gliderport and the Salk Institute. At the bottom of the trail, turn right to find the gay section. 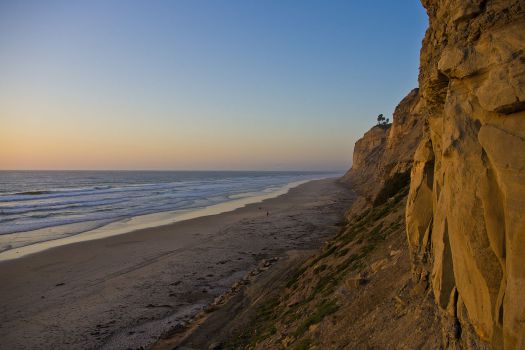 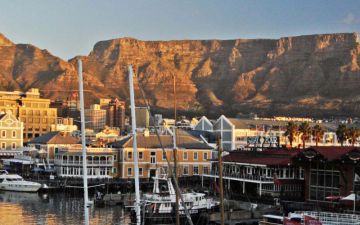