Frog Meadow is a welcoming and restorative space for men in southern Vermont that combines massage oasis and bed and breakfast into a pampering package for men who enjoy a 750-gallon wood-fired hot tub, summer BBQs, yoga retreats, cycling trips and sports weekends that celebrate, transform, integrate and heal body, mind, spirit and sexuality. Of the five rooms and suites, three are in the main house, one in a separate building and another in a cottage by the brook that feeds the swimming pond. Room rates include a full country breakfast. 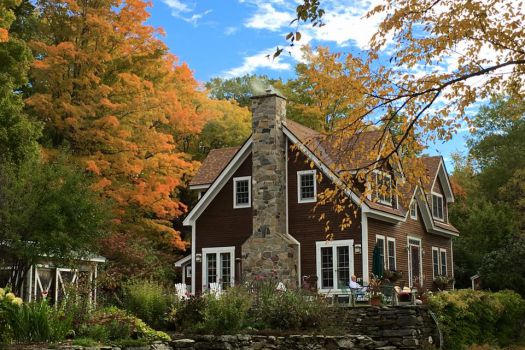 The 36-room Deutsche Eiche, dating from 1864 and a meeting place for artists, gays and lesbians since the 1950s, is a pleasant 3-star hotel with well-appointed rooms and a restaurant with classic Bavarian fare. The biggest attraction is, however, the sleek men-only bathhouse in the rear buildings, added in 1995. Set over four floors and almost 4,600 square feet, it offers a Finnish sauna, a salt sauna, a whirlpool, a large steambath, shower area, massage rooms, a solarium, a rooftop garden, a bistro-bar, TV rooms, relaxation rooms and private booths. 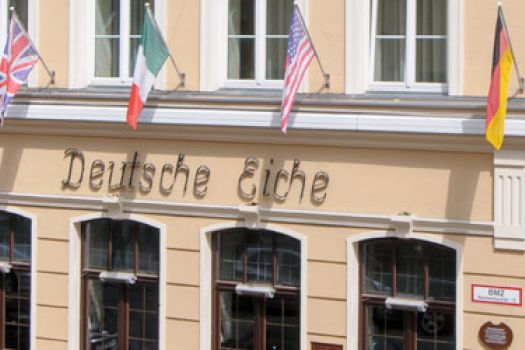 La Dolce Vita is set on an acre of land at the foot of the San Jacinto mountains about two miles from downtown nightlife and shopping. Non-hotel guests who book at The Men's Spa at the resort have complimentary access to the two swimming pools, two whirlpools and steam room or are welcome to lounge around the clothing optional grounds.

Clothing is optional at Spartacvs thanks to its designation as an "exclusive member hotel." All guests are offered membership upon check-in which grants access to a range of rooms from standard to superior poolside, an inviting swimming pool, cold water Jacuzzi, restaurant, bar and massage service.

Designed in an inviting Mexican hacienda style and set on a hillside overlooking the Bay of Banderas, Villa David is a chic, gay-owned bed and breakfast with 10-rooms, a heated pool, rooftop Jacuzzi and a lushly landscaped brick courtyard. Massages and tours are easily arranged by the villa's friendly host, and the shops, restaurants, galleries and bars along the Malecon are minutes away.

Gay-owned GayStPeteHouse, is centered on relaxation with a clothing optional heated pool, six-person hot tub, sauna, on-site massage and poolside happy hour in a quiet neighborhood. Locals can get day passes. The six-room guesthouse opened in 2008 and is beginning to show its age, but it is within 10 to 20 minutes of everywhere you'd want to go - beaches, museums, performing arts, sporting venues, restaurants, bars and St. Petersburg Pride events in the Grand Central District gayborhood. Should you fall in love with the lifestyle and want to relocate, the owner just happens to have a real estate license.

For the boys, Villa Ragazzi is a gay guesthouse between Nimes and Montpellier with four guest rooms and a studio, all with private terraces. The nudist-optional grounds include an expansive pool with areas for sun or shade lounging, a patio surrounded by bamboo and a garden filled with tropical plants. Day passes are available for €15 and reservations required, with access to the restaurant, cocktail bar, pool and professional massage. Families and pets not accepted.

The Babylon sets out to stimulate the five senses of its male guests and offers a range of facilities in pursuit of what it describes as hedonism unraveled, including a Garden of Earthly Delights. The property itself has been thoughtfully designed from its meticulous gardens and pool-view fitness center to the swank suites and collection of contemporary art. The sauna, touted as one of the most beautiful in the world, has two dry saunas, two wet steam rooms and a communal Jacuzzi, complete with lusty atmosphere. 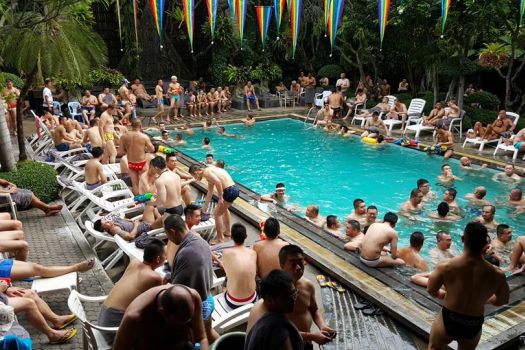 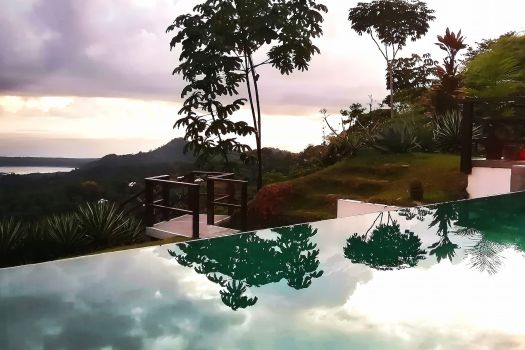 Recommend a gay resort or hotel 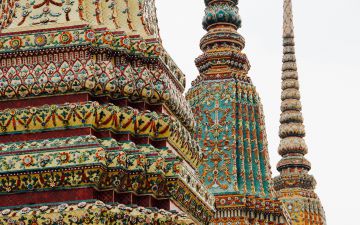