There are so many ways to see Colombia depending on how you like to travel. Explore an elevated cosmopolitan scene in Bogota or trek to a lost city through the jungle and discover ancient civilization. Visit a cathedral in an old salt mine, or head to a natural sanctuary lapped by pristine Caribbean waters. Here are just a few top experiences to get you started.

La Candelaria neighborhood in the center of downtown Bogota is the "old city," rich in cultural attractions and well-preserved colonial, baroque and art deco architecture. The Bogota Cathedral, Bolivar Square, major museums, universities, libraries and the access for the ascent to Monserrate are all within easy walking distance. 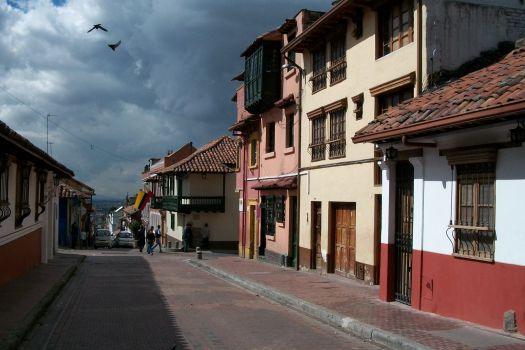 The Salt Cathedral - the first wonder of Colombia - is a Roman Catholic church built in the tunnels of a salt mine in a mountain about 30 miles (50 km) from Bogota. It is located 2,552 meters above sea level and 600 feet (180 m) under ground. The guided tour lasts about four hours. You can take an organized half-day trip or public transportation via the Transmilenio to Portal Norte station and then the intercity bus to Zipaquira. 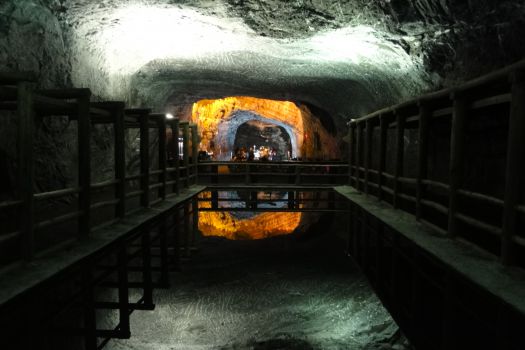 Twenty miles (34 km) from Santa Marta, this seaside national park is a 15,000-hectare (37,065-acre) nature sanctuary with beautiful Caribbean beaches, perfect for snorkeling and diving. The park is home to over 100 mammal species, including monkeys, deer and pumas and over 300 bird species, including eagles and the threatened Andean condor. Also, not to miss is the Chairama archaeological site of Pueblito, once the most important trading center in pre-Colombian times. There is a park entrance fee. Camping and eco-lodging available in Cañaveral. 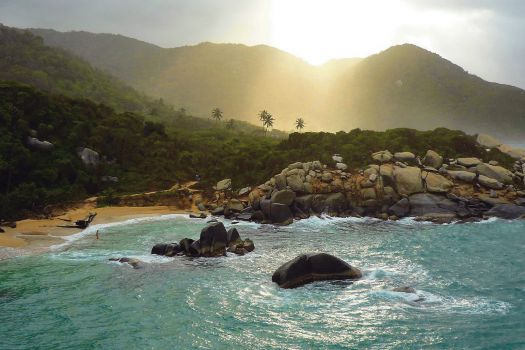 Located in the department of Huila, this collection of 500-some stone statues and tombs dating from the 1st to 8th centuries, offers a view into the rites and customs of ancient pre-Hispanic cultures that inhabit the region. 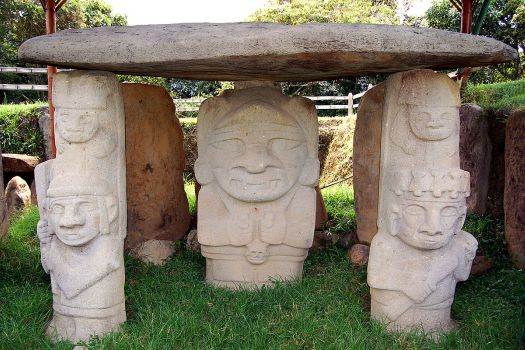 Las Lajas Sanctuary is a visually stunning basilica church built in the Gothic Revival style inside the canyon of the Guaitara River in southern Colombia. Although the current cathedral was built between 1916 and 1949, the Las Lajas shrine has been a pilgrimage site since the 18th century. The structure rises up 100-meters (330-feet) over the river below and is connected to the opposite side of the gorge by a 50-meter (160-foot) tall bridge. 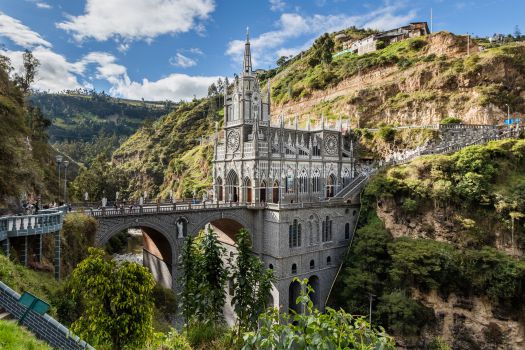 A town in the Bolivar Department of northern Colombia, located on an island in the Magdalena River 135 miles to the south of Cartagena. Mompox, founded in 1537 as a safe port, is known for its well-preserved colonial architecture and atmosphere with narrow streets, town squares and colonial churches. Once a flourishing center of trade, most of the buildings are still used for their original purposes. 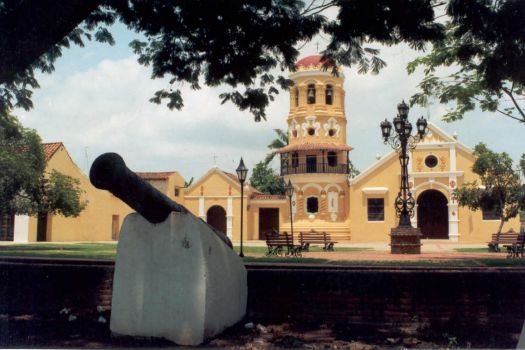 An off-the-beaten path ecotourism spot on the La Guajira Peninsula for the more adventurous, Cabo de la Vela is a relatively untouched destination where the desert meets the turquoise water of the Caribbean Sea. It is reached by truck or jeep and is five-hour drive from Santa Marta. Trips may also be arranged through local tour agencies. Activities include relaxation, swimming, snorkeling and kite boarding. Guesthouse lodging and camping available. 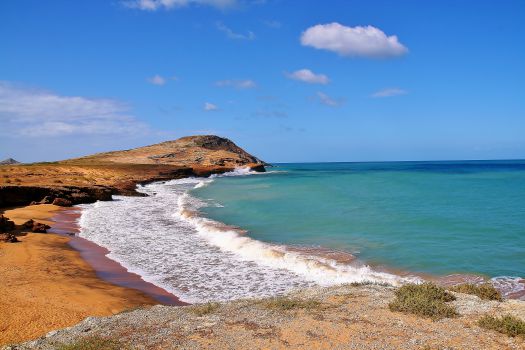 Located 40 km (25 miles) from Santa Marta, Ciudad Perdida (Lost City) is one of the largest pre-colonial cities discovered in the Americas, dating back to the 11th-14th centuries. It can only be reached by a three-day hike on organized tours. 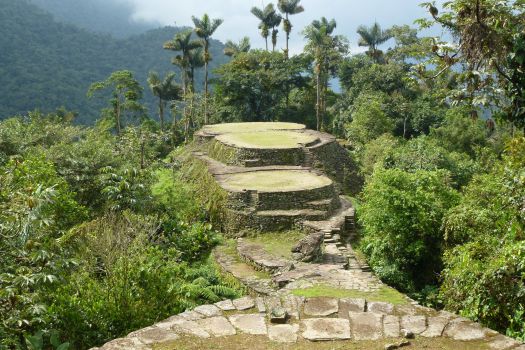 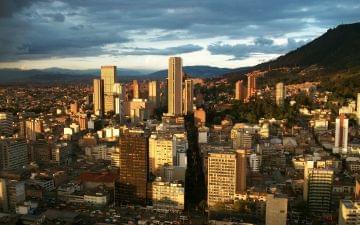 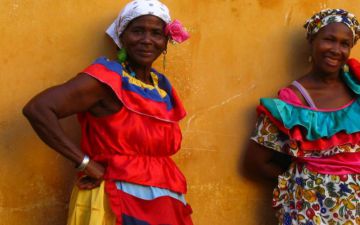