There are plenty of reasons why Mexico is one of the most visited countries in the world. Not only is it a first cradle of civilization, there's sun and sand, some of the greatest biodiversity on the planet, natural wonders, ancient ruins and a rich blended culture well represented in the country's world-class museums, stunning architecture, folk art traditions, colorful street festivals and boldly flavored cuisine. Here are some of the top attractions to get you started.

Chichen Itza was the capital of Mayan civilization for over 1,000 years. Its architecture remains an important example of the fusion of Mayan-Toltec civilization in Yucatán, which can be seen in the Caracol circular stellar observatory and in El Castillo (also known as the Temple of Kukulkan), a widely-recognized Mesoamerican step-pyramid. The site is on the highway between Merida and Cancun, and can be visited by day trip from both cities, although an overnight is recommended.

The Palace of Fine Arts cultural center was designed by the Italian architect Adamo Boari at the turn of the 20th century but wasn't inaugurated until 1934. It contains 17 murals painted between 1928 and 1963 by Mexican artists including Diego Rivera and features a folding stained-glass curtain in its main performance hall. Designed by Dr. Atl (Gerarado Munillo), the curtain portrays landscapes from the Valley of Mexico and was constructed by Tiffany. The center is the permanent home of the Ballet Folklorico de Mexico. The Orquesta Sinfónica Nacional (National Symphony Orchestra) also performs there regularly. 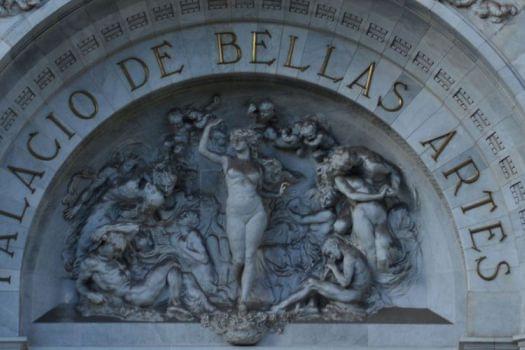 The Frida Kahlo Museum, also known as the Blue House, is dedicated to the life and work of one of Latin America's most renowned artists: Frida Kahlo, providing an intimate glimpse into her life in the well-preserved house she lived. 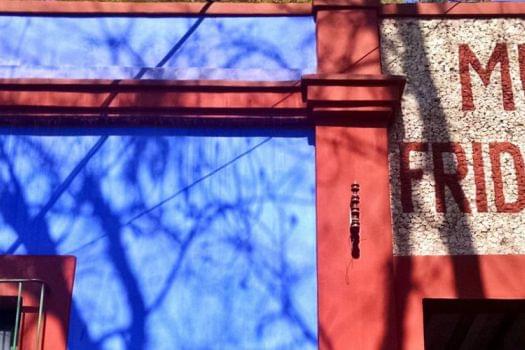 Playa Los Muertos is the most popular and busiest of Puerto Vallarta's beaches. The southern end is a longtime gay beach known as "blue chairs," because of the nearby LGBTQ Blue Chairs Resort by the Sea, but it has expanded into the green-chairs area of the Ritmos Beach Café. Daytime take a dip, parasail, drink a beer, lunch, explore rock outcroppings and watch people and vendors stroll by. Come sunset, enjoy a romantic gourmet dinner in one of the beach restaurants. The beach's name translated "Deadmen's Beach," which may have come from some gory massacre long ago or more likely because it may have been an ancient burial ground for local indigenous peoples. 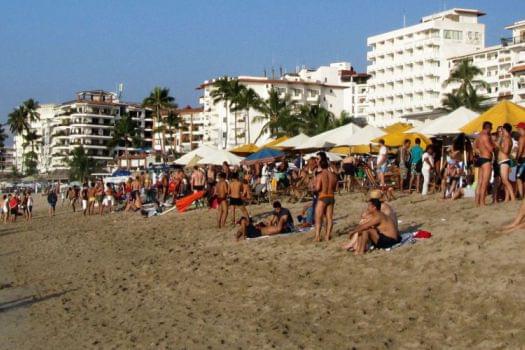 The Cancun Underwater Museum (MUSA), the world's largest underwater sculpture park, celebrates art and coral reef conservation in the waters between Cancun and Isla Mujeres. Most of the 500+ sculptures are by Jason deCaires Taylor, the British sculptor who created the world's first underwater sculpture park off Grenada. The art displayed in "galleries" 10 to 20 feet deep (3 to 6 m) encourages the growth of artificial reefs and may be viewed by divers and snorkelers and from glass-bottom boats. There is also an on-land gallery in Plaza Kukulcán mall. 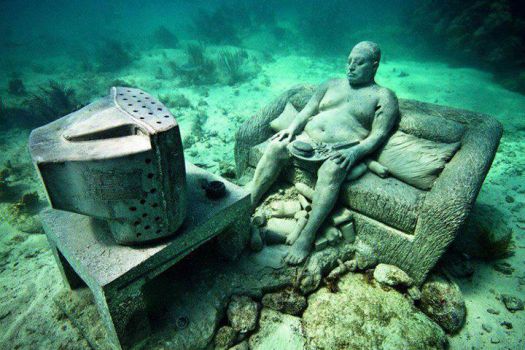 One of the world's most impressive collections of pre-Hispanic art and artifacts is housed in the National Museum of Anthropology in Chapultepec Park. The museum also has ethnographic exhibits of present-day indigenous groups in Mexico. Not to miss: The Sun Stone (the Aztec calendar stone), the reconstruction of a Mayan tomb and giant Olmec stone heads. The building itself is monumental, designed in 1964 and covering almost eight hectares (c. 20 acres) of courtyard, exhibition halls and gardens. 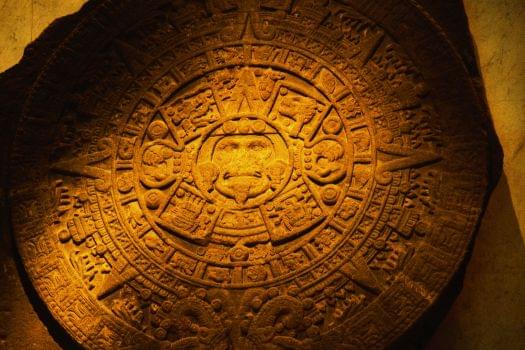 The pre-Columbian pyramids at Teotihuacan (birthplace of the gods) is one of Mexico's largest and most impressive archaeological sites, dating back to 100 B.C. Located 48 km (30 miles) north of Mexico City, this and the Lady of Guadalupe Shrine on the way is a must day trip for history and archaelogy buffs. Walk along the Avenue of the Dead and take in the imposing beauty of the temples and pyramids of this ancient Mesoamerican city. 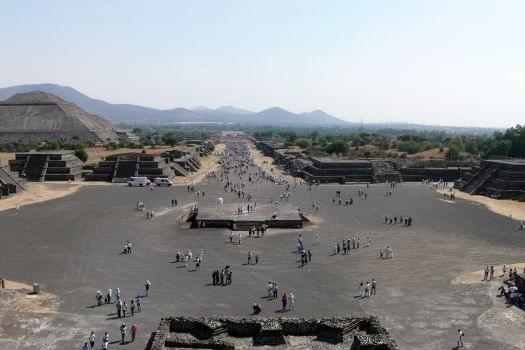 The annual Monarch butterfly migration is one of nature's great spectacles and a top attraction for visitors to Mexico. Each year, as many as 60 million to one billion Monarch butterflies make the journey from eastern Canada to the forests of western central Mexico, (more than 2,500 miles). The Monarch butterflies spend their winter hibernation clustered in small areas of the Reserva de la Biosfera Mariposa Monarca (Monarch Butterfly Biosphere Reserve), a national protected area and nature preserve that covers more than 200-square-miles. 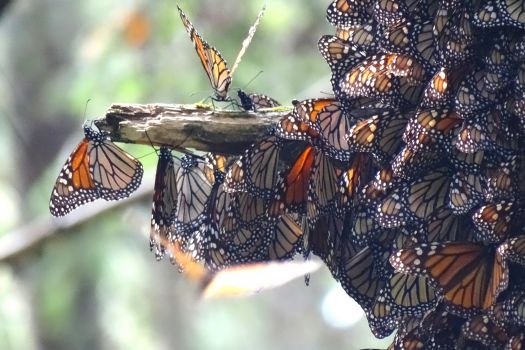 Exploring the ancient canals that remain of what remains of Xochimilco Lake - part of a UNESCO World Heritage Site - is a relaxing mix of nature, mariachi music and local food. Visitors are ferried about on trajineras, brightly painted covered rafts. Nearby is the daily Cuemanco Plants and Flowers Market, Latin America's largest plant market. 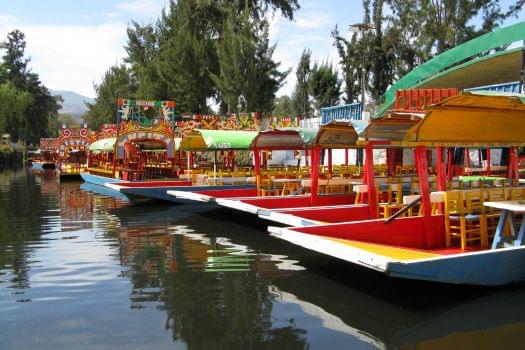 Located in the Sierra Madre Occidental in northwestern Mexico and spanning 37, 000 miles (59, 545 km), these canyons are longer and deeper than the Grand Canyon in Arizona. The surrounding national park may be explored by foot, bike, car, or on the Ferrocarril Chihuahua al Pacífico or ChePe, a train that runs between Chihuahua and Los Mochis along the main Canyon Urique. 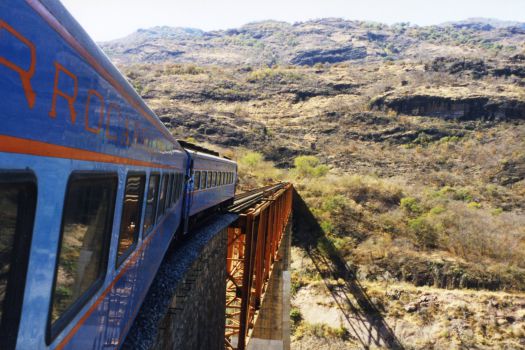 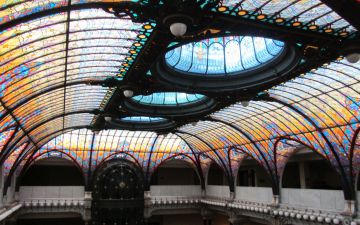 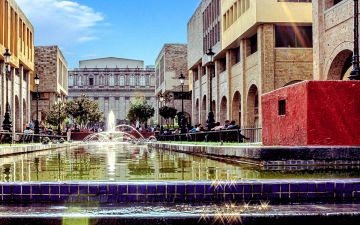 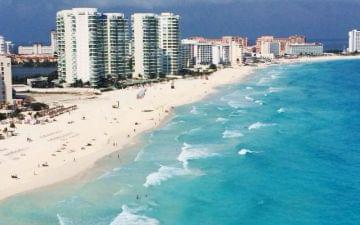 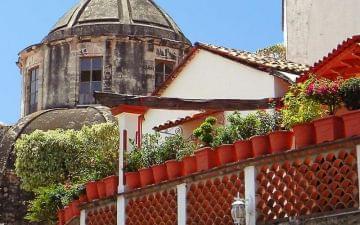