Join Millennials for Abrams as we unveil the latest work of local muralist, Occasional Superstar!

#Millys4abrams is proud to sponsor the soon-to-be newest mural to drop on the east side of Atlanta. Oh, and the best part: it's depicting former Senate Minority Leader, Georgia Gubernatorial Candidate, and our girl, Stacey Abrams.

Ticket holders will have access to an open bar, catered eats, and get to hear from the artist himself about his work and this monumental moment in Georgia's history, as well as from the team of Millennials for Abrams about Stacey's plans for the arts in Georgia.

All ticket sales will be donated to The Stacey Abrams for Governor Campaign. That's 100%, y'all.

Tickets will be limited to Millennials for Abrams members, before being released to the general public. This is a celebration not only of our candidate and hersupport of the arts, but also of our efforts as a group. Work hard, play harder (and fundraise while you do it). 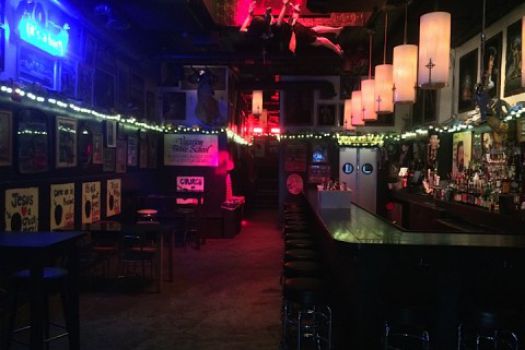 The walls of this very popular bar on Edgewood begun by the local apostate-turned-artist Grant Henry (or "Sister Louisa") are completely covered in the work that made...
been there
wishlist