Influenced by a grandmother with charm school polish, Hoffer learned to combine the sophistication of a southern belle with the crass behavior of a working girl. Jinkx is all about contrasts and what RuPaul describes as "a stage left, off center kind of quality." With ten years experience on stage, Hoffer is a seasoned Portland-born entertainer who has captured the attention of his native northwest region.

The creation of Jinkx was complicated. "From the movie Death Becomes Her, I was inspired by the crazy extent vain women will go for eternal youth, beauty, and power," Hoffer explains. "Through Lucille Ball I saw how a woman can bring you to tears with laughter with nothing more than a look. Through the Disney villains I was raised with, I saw how powerful a woman can be, and yet so deliciously evil. And through my mom, I saw not only the trials and tribulations a single mother faces every day, but also the strength and determination a woman can possess when she is trying to provide a bright future for her children."

Extraordinarily real, some audiences have not yet decided whether Jinkx is a woman or a drag queen. Combatting humble beginnings, struggling for social status, raising a homosexual son striving for fame as a comedian, this well-developed character has attained more than acclaim, but a life of her own.

As early as 2006, Hoffer appeared as the lead dancer in the world's largest drag queen chorus line, which made the Guinness Book of World Records. By 2012, he had advanced to roles in Seattle theaters, playing Moritz in "Spring Awakening" (produced by Balagan Theatre) and Angel in "RENT" (produced by The 5th Avenue Theatre). In 2013, Hoffer will play Hedwig in "Hedwig and the Angry Inch" (produced by Balagan Theatre and Seattle Theatre Group). A trained singer, Hoffer is half of the musical duo The Vaudevillians, a 1920s revival act.

The Jinkx Monsoon personality is a manifestation of years of practice, a career endeavor that began when Hoffer was fifteen. "She is definitely a zany, off the wall, irreverent, gorgeous anachronism," Hoffer adds. "She simply refuses to let her audience sit idol; she is a powerhouse of song and comedy, igniting her audiences in a frenzy of laughter and sexual tension."

Jinkx Monsoon is one of the brightest stars on the drag circuit. 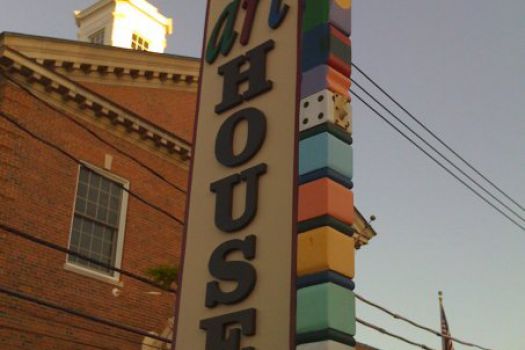 The Art House brings Broadway-worthy talent in from New York every summer, as well as maintaining a roster of in-house acts that have developed their own following. Big...
been there
wishlist