Dramatic scenery and curious communities coalesce on this week-long circumnavigation of Iceland. Explore a country few people will ever visit, and go far beyond the tourist hotspots to remote fjords, raging waterfalls, and small fishing villages. Get to know the independent and creative Icelanders, and watch whales and seabirds play offshore. This is yachting at its most inventive.

Iceland is one of the most gay friendly destinations in the world and this is an exciting opportunity to join a group of fellow Source travelers in a once in a lifetime voyage. Best of all, we've timed this so you can enjoy Reykjavik's Gay Pride celebration before the cruise August 8-11, 2019.

The dramatic terrain of Iceland, known as the land of fire and ice, encompasses volcanoes, glaciers, geysers, waterfalls and fjords. Many tours feature the geologically and historically significant Thingvellir National Park. Here, the North American and Eurasian tectonic plates meet on the Mid-Atlantic Ridge.

Iceland is also home to Vatnajokull, one of Europe's largest glaciers; the famous Blue Lagoon, a mineral-rich geothermal pool set within a large lava field; and traditional horse farms and ancient Viking sites. Iceland tours in the capital, Reykjavik, include the 19th-century Parliament House, Austurvollur Square and Tjornin Lake. 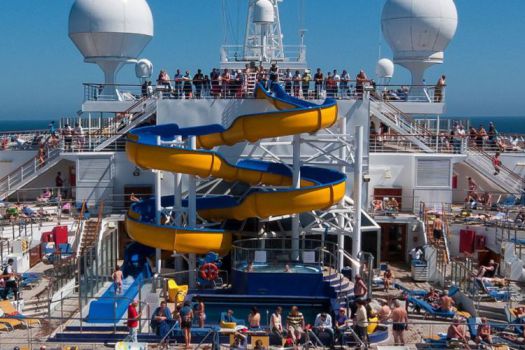