The Irish get credit for a lot of things: leprechauns, St. Patrick's Day, Irish whisky, Guinness and saving civilization. The lush, green and misty "Emerald Island" has given the world the Blarney Stone, monastic libraries, Irish jigs, a slew of poets and writers including Yeats and Oscar Wilde and immigrants, who have spread Irish traditions around the world.

The island, the world's 20th largest, is divided about 80-20 between the Republic of Ireland and Northern Ireland, part of Great Britain. Each year the natural beauty and cultural life of the Republic of Ireland attract about 8 million tourists - almost double the country's population. Another 2 million visit Northern Ireland. Traveling between the two nations was seamless when both were members of the European Union, but the Brexit vote will reinstate border controls.

The Republic of Ireland is particularly welcoming to the LGBTQ community. In 2015, it became the first country to legalize same-sex marriages by a popular national vote. Liberal gender identification legislation was also passed and proceedings started to allow same-sex couples to adopt.

Pride celebrations include the annual 10-day festival in Dublin in June and major events later in the year in Cork, Galway, Limmerick and Sligo. The biggest Pride on the island takes place in Northern Ireland where more than 50,000 turn out in Belfast in late July and early August. All Republic of Ireland cities have a thriving LGBTQ scene with even small towns having gay clubs or gay nights. LGBTQ events include beauty contests, lesbian conferences, bear meet ups and art, film and theater festivals. St. Patrick Day festivities around the country also have LGBTQ components. 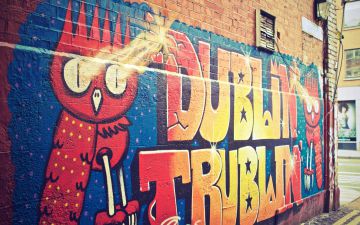 Have you been to Ireland?
Do you live here?