Russia or the Russian Federation - formerly the U.S.S.R, formerly the Russian Empire - is a vast and storied nation, covering more of the earth than any other country and stretching across Eastern Europe and Northern Asia from the Baltic Sea to the Pacific Ocean. Over the centuries it has produced larger-than-life rulers, novelists, composers, scientists and dancers. It has also had its share of controversy during Tsarist times, the Communist Revolution and the Cold War with the West, which included a race into outer space. Its LGBT history has been influenced by national politics and the Russian Orthodox Church.

Homosexuality was officially decriminalize in 1993 in Russia and deleted from the official list of mental illnesses in 1999, but you might not know that from the lingering widespread prejudice. Same-sex marriage is not recognized, same-sex couples do not have the same protection under the law and no laws prohibit sexual orientation discrimination. A 2013 law forbidding "gay propaganda" among minors has ended up in the European Court of Human Rights, which ruled the law "reinforced stigma and prejudice and encouraged homophobia." Stay tuned. Russia has appealed, claiming the law is aimed "exclusively at protecting the morals and health of children."

Before deciding to visit this country rich in art, history and natural beauty, be aware of the open and increasing hostility against LGBTQ. It is generally considered safe for members of the LGBTQ community to travel on business or as tourists if you don't advertise by holding hands or wearing LGBTQ insignia. That's not to say there isn't discreet gay life in urban areas. Small Pride events have been held occasionally in Saint Petersburg and Moscow under the watchful eye of riot police. A non-governmental Russian LGBT network was launched in 2008 to promote equal rights and respect. A number of Western sports and entertainment celebrities have boycotted Russia, because of discrimination against gays. Others like Elton John, the first rock star to perform in the country when it was the U.S.S.R., have used performances to speak out for LGBT rights. 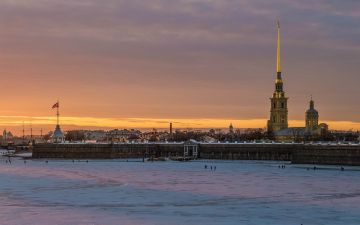 Have you been to Russia?
Do you live here?