Why you should go to Saint Petersburg!

Saint Petersburg, founded by Peter the Great in 1703, is a seductive city with a rich imperial history cultivated over its two centuries as the seat of the Russian royals. The grandeur remains, well preserved in building upon building of Baroque and neoclassical architecture and displayed in hundreds of museums, libraries and theaters. The Vaganova Academy of Russian Ballet, established in 1738 during the reign of Empress Anna, is one of the most renowned in the world, responsible for producing greats like Anna Pavlova, Rudolf Nureyev and Mikhail Baryshnikov.

Also known as the Venice of the north, the city is a major port on the Baltic Sea divided by a network of rivers and canals and made up of 44 islands, crisscrossed by hundred of bridges. Nevsky Prospekt, the main avenue, starts at the Admiralty and runs east to the Moscow Railway Station and on to the Alexander Nevsky Monastery, passing much the city's shopping, entertainment, nightlife and many of its monuments.

Russia may not be the first place that springs to mind for a carefree gay holiday, but the more liberal Saint Petersburg does have a small albeit more discreet gay scene, with several well established clubs, bars and even a sauna or two. Entrances are often unmarked and door policies discerning, but inside the party goes until dawn. A politically active community exists, although it is also smaller and less visible than other places in Europe. Public displays of affection between same-sex couples are best avoided. 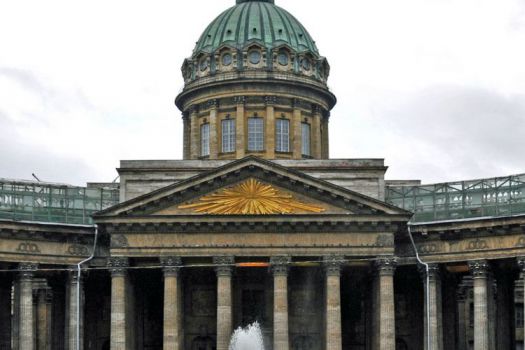 Overlooking Nevsky Prospect and constructed between 1801 and 1811, the Kazan Cathedral is an impressive Orthodox church modeled after the Basilica of St. Peter's in Rome...
been there
wishlist 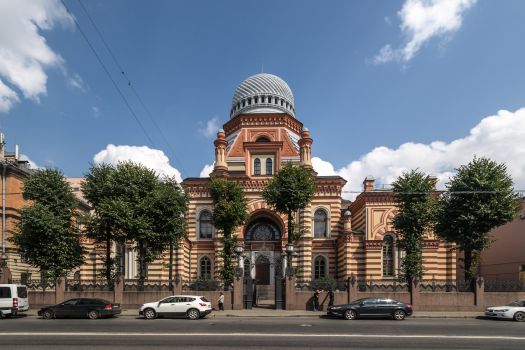 Designed in an eclectic neo-Byzantine and Moorish style, the Grand Choral Synagogue is not only a place of worship but a registered landmark and an architectural...
been there
wishlist 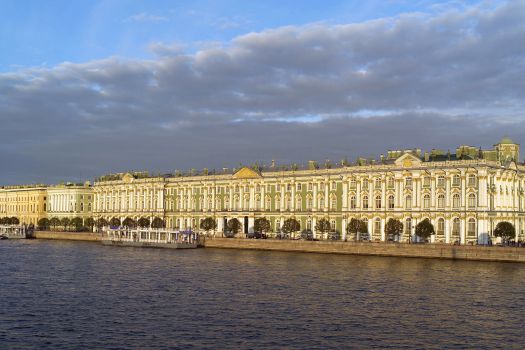 The state-run Hermitage Museum is one of the largest and oldest museums in the world, founded by Catherine the Great in 1764. The collection of over three million...
been there
wishlist 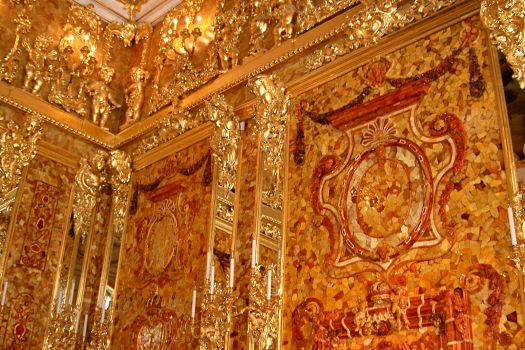 The Amber Room, created by Empress Elizabeth, is a stunning recreation of the Amber Study that the King of Prussia gave to her father Peter the Great in 1716. The...
been there
wishlist 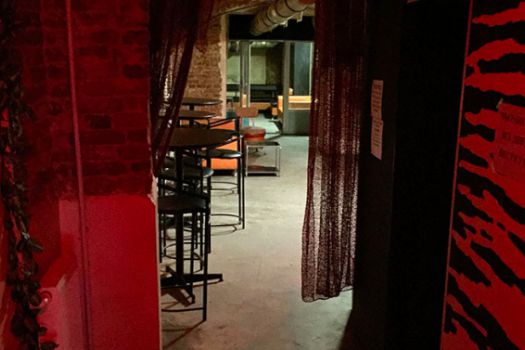 Hidden away in a large courtyard on the Fontanka embankment, Bunker might be hard to find the first time around, but it is Saint-Petersburg main cruising spot and comes...
been there
wishlist 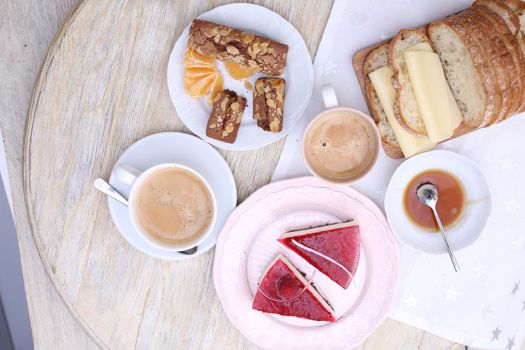 Bushe is known for its cakes and desserts but also does sandwiches, soups and salads. The chain has several shops around the city as well as kiosks in many metro...
been there
wishlist 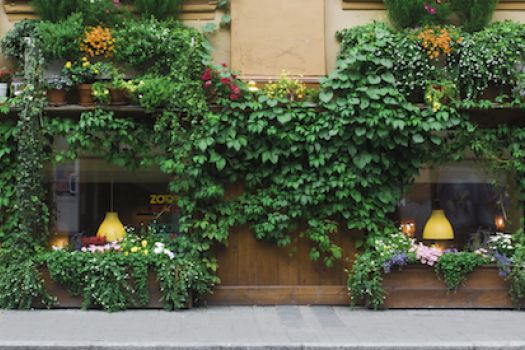 A café, library and art gallery, Café Zoom is open from breakfast until midnight and popular with a local student crowd, which means it is sometimes hard or a wait to...
been there
wishlist 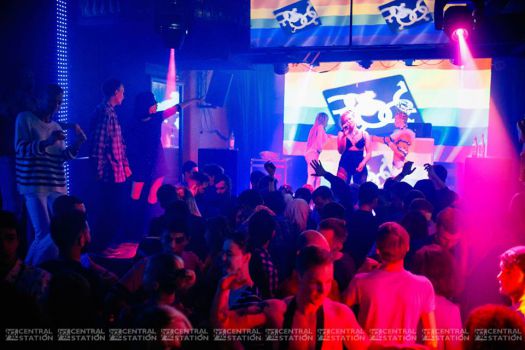 Central Station has been the city's largest gay club since 2005, most popular with gay men but increasingly also with a straight crowd that equally enjoys the nightly...
been there
wishlist 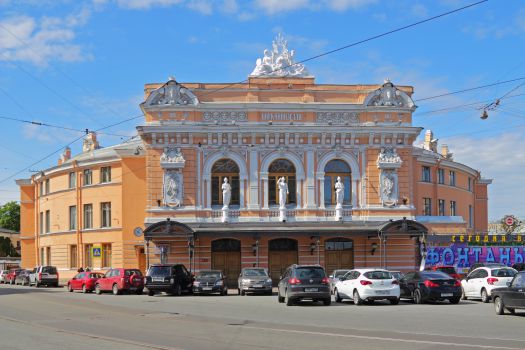 The Circus Ciniselli, or the Bolshoi Saint-Petersburg State Circus, still performs in the brick bigtop built in 1877 and named for an Italian circus performer and...
been there
wishlist 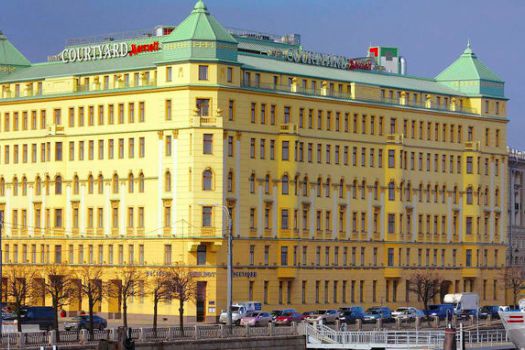 Just outside the city center on Vasilievsky Island, the Courtyard by Marriott has friendly service and well-appointed rooms that range from Deluxe to one-bedroom suites...
been there
wishlist
View deals 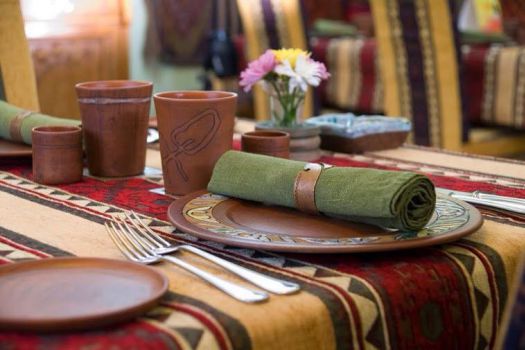 Erivan proposes an experience in Armenian culture that delves into nearly forgotten national recipes: spiced kufta made of ground veal, grapes leaves stuffed with quail,...
been there
wishlist 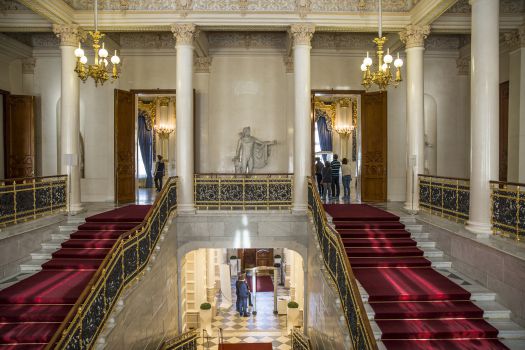 The Fabergé Museum at the Shuvalov Palace has the world's largest collection of works by the French jeweler. Opened in 2013, the museum displays more than 4,000 pieces...
been there
wishlist 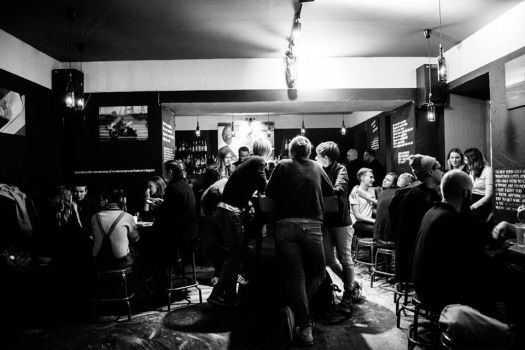 Holy Water has gone for a Berlin brothel feel in the historic city center and attracts a creative if not queer crowd. There is music most every night with a sprinkling...
been there
wishlist 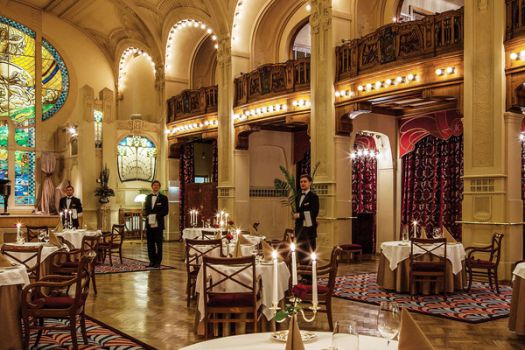 Located in the Belmond Grand Hotel Europe, this historic restaurant's setting is as luxurious as the menu. Blinis topped by Beluga and Oscietra caviar are served under...
been there
wishlist 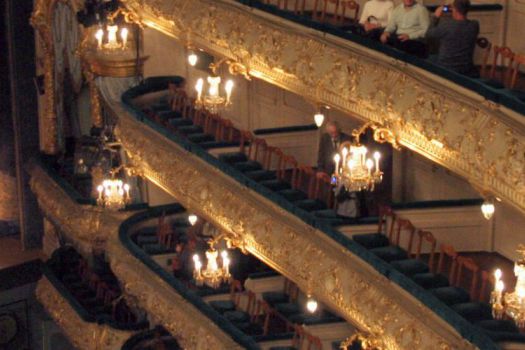 Opened in 1860 as the world's largest opera and ballet house with 1,625 seats, the Mariinsky Theatre was known as the Kirov under the Soviets. "Kirov" is still the name...
been there
wishlist 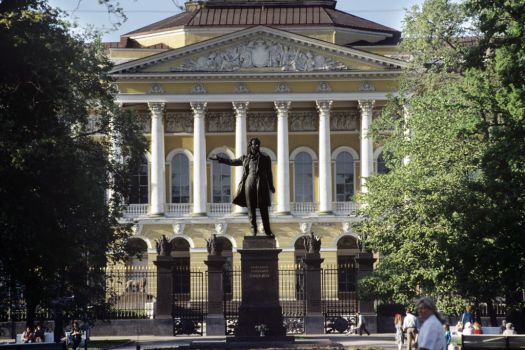 Mikhailovksy Garden is a unique mix of French and English landscape architecture covering about 20 acres (8.7 ha) on the banks of the Moyka River. Called the Swedish...
been there
wishlist 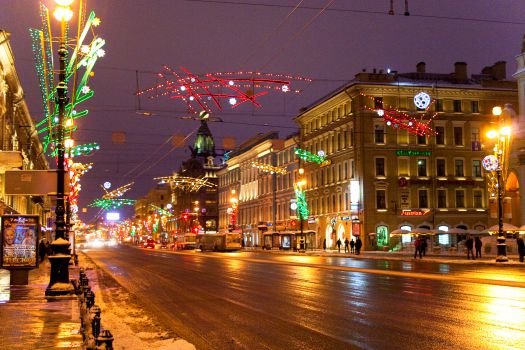 The almost three-mile long (4.5 km) Nevsky Prospekt cuts across the city and is the center of shopping and night life. Laid out by Peter the Great as the road to...
been there
wishlist 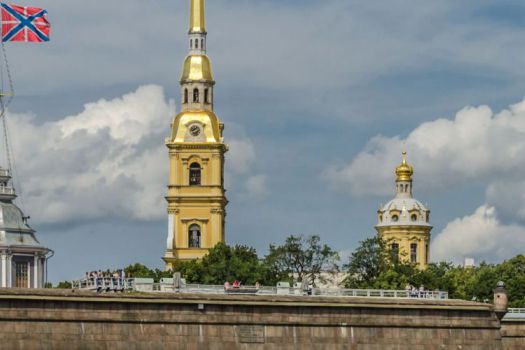 Peter the Great began the massive Peter and Paul Fortress, the first building in his new city, in 1706. The citadel has a dark history as a prison - no one every escaped...
been there
wishlist 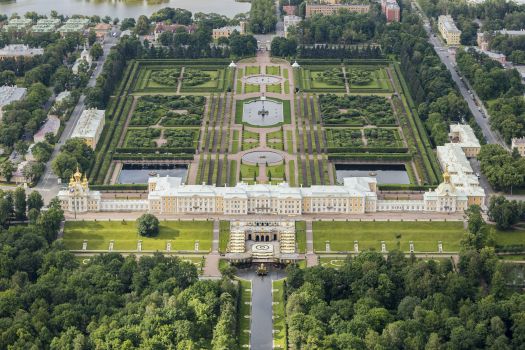 Known as the Russian Versailles, Peterhof Palace is not one palace but many. Its formal Lower Gardens are famous for the many fountains, operating May to mid-October....
been there
wishlist
View deals 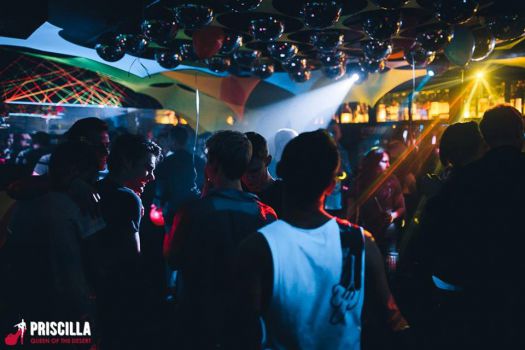 Priscilla Queen of the Desert

Priscilla Queen of the Desert is for guys only, usually a younger and more alternative crowd. It opened in December 2013 in the same building as The Blue Oyster and has...
been there
wishlist

This throwback café takes a mostly student and working class crowd back to the Soviet Era of simple pies and sandwiches served in a no frills space at pocket change prices, washed down with a glass of milk. Weekends get busy in both standing and sitting room.
been there
wishlist 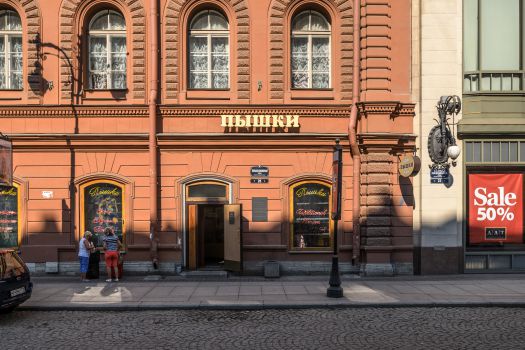 Pyshechnaya has been around for decades, serving greasy Soviet-era donuts topped with icing sugar known as Pyshki along with tea and milky coffee with sugar, but...
been there
wishlist 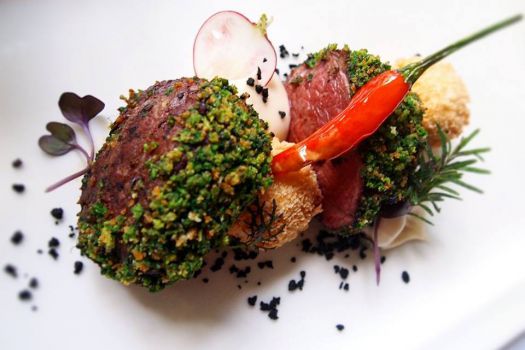 Near the Mariinsky Theater, Romeo's is a relaxed family restaurant with a diverse menu of authentic Italian and Russian specialties served from an open kitchen in an...
been there
wishlist 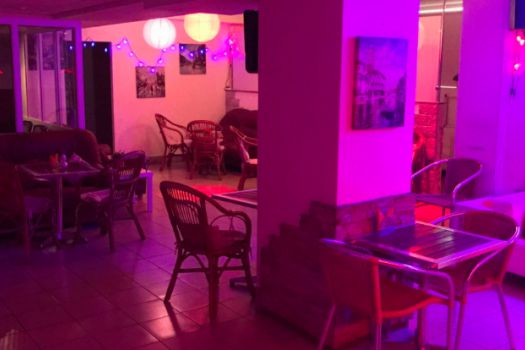 Look for the statue of a naked youth near the corner of Mohovaja, Belinsky and the Fontanka and you are nearly there. The basement Sauna Fitness (Sauna "U cirka") is...
been there
wishlist 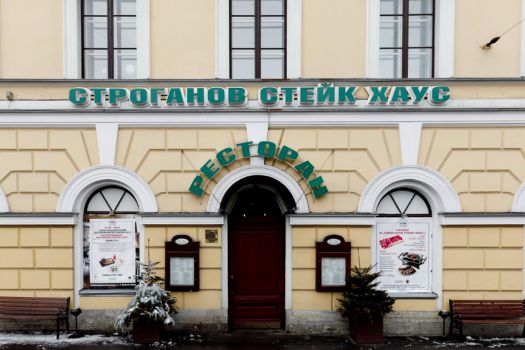 Located in historic revolution barracks a short walk from St Isaac's Cathedral, Stroganoff is a Russian-American steakhouse with a traditional steakhouse atmosphere...
been there
wishlist 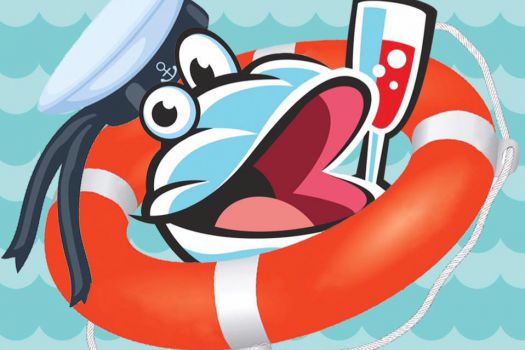 Look for the metal door marked by the number 69 between the tobacco shop and the pharmacy on Lomonosova Street and you've found The Blue Oyster. Inside is a fun and...
been there
wishlist 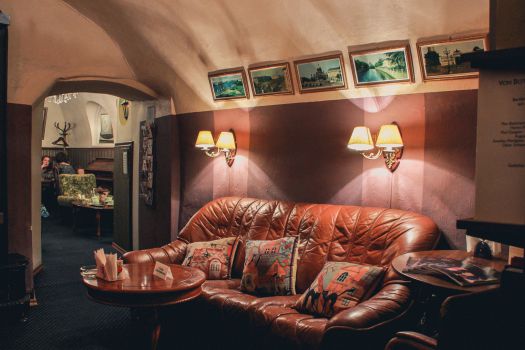 Named after a Dostoyevsky's novel, The Idiot is popular with the artsy and expat set, done up in comfortable sofas and antique furniture and accented with faux gas...
been there
wishlist 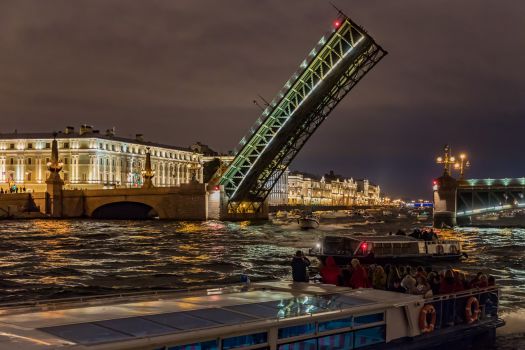 On the Neva River, Saint Petersburg is called the Venice of the North, because of its network of canals and bridges. The Neva freezes solid from early December to early...
been there
wishlist
View deals

Have you been to Saint Petersburg?
Do you live here?