In a former airplane hangar that can hold up to 10,000, Fabrik is a mega club and event space on the outskirts southwest of town where noise is no object. Sometimes called "The World's Clubbing Mecca," it hosts techno, house and trance nights. Its party scene with legendary DJs and international artists is compared to Ibiza's, with all the bells and whistles like a 60kw sounds system, triple-level stage, colored lasers, giant video screens, smoke machines and an outdoor space with its own river. You can get there by the Metro to Fuenlabrada and then bus 496 or 497. 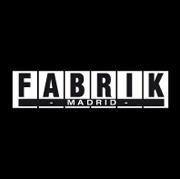