Switzerland is a picture postcard come alive. A small, compact nation, it has breathtaking scenery, winter and summer: bucolic landscapes, majestic mountains. crystalline lakes, enchanting villages with onion-domed churches, beautifully preserved medieval architecture and cities abuzz with international finance, culture and diplomacy. Zurich, its largest city and the richest city in Europe, ranks as one of the most LGBTQ-welcoming cities in the world with something for everyone.

Known for its neutrality, bank secrecy, watches, chocolates, Alps, yodeling and Heidi, it is one of the richest and most urban nations. It boasts the densest public transportation network anywhere and is home to several dozen major international organizations, including the Red Cross and the World Health Organization. While it has no Swiss cuisine per se, it has notable regional specialties, almost 350 different kinds of sausages and some 435 cheese beyond the ubiquitous "Swiss cheese," Emmental and its holes.

It is an orderly, diverse society of some eight million citizens, who have a choice of four official languages: French, German, Italian and Romansch. But while Switzerland is generally gay-friendly, legalizing homosexuality in 1942, it lags behind many other nations in LGBTQ rights, ranking 23 out of 49 countries in the 2016 Rainbow report.

LGBTQ communities thrive in Zurich, Bern and Geneva and around Basel, Lucern, Lausanne and St. Gallen. Anti-discrimination laws in employment - including the military- and in providing goods and services have been on the books since 1999, but laws on hate speech and indirect discrimination are still pending. Registered same-sex relationships, recognized since 2007 with rights such as partner pension benefits, are not fully marriages. Individual lesbians and gays may adopt children but not as couples. 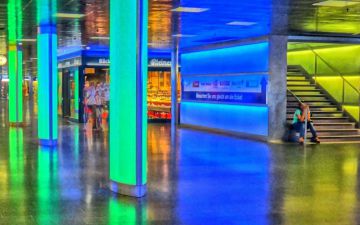 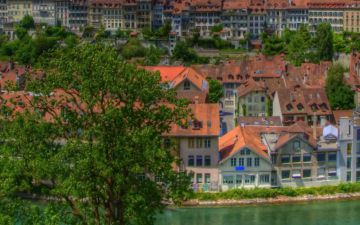 Have you been to Switzerland?
Do you live here?