This location has been reported closed
been there
wishlist

After 15 years as one of Acapulco's most popular discos, Al Alebrije shut down suddenly a little over two years ago when its owners announced on Facebook they had got religion and were opening a family restaurant instead, but you can't keep a good disco down. Looks as though it may be getting a second life as a disco and concert hall.

0.1 km
Casa Inn
been there
wishlist

0.1 km
Hotel Nilo
been there
wishlist

0.1 km
Suntory
Around since the 1980s, Suntory offers a traditional Tepanyaki menu and sushi. Meals are served in an elegant air-conditioned dining room or on a terrace overlooking a tranquil garden. It has a wine cellar...
been there
wishlist
0.5 km
El Cabrito
Now near the Convention Center,l Cabrito (little goat) first opened in 1963 on Hornos Beach, serving traditional and regional cuisine. The speciality of the house is grilled kid, which has been eaten in...
been there
wishlist
0.6 km
Linda Vista
With a spectacular terrace, Linda Vista - Pretty View - lives up to its name and may very well live up to its claim of having the best view in Acapulco. Specializing in seafood and steaks, it does a lot of...
been there
wishlist

0.1 km
Naval History Museum
The Naval History Museum, formerly at Plaza Bahia, recalls the 250 years in which Acapulco was Mexico's main Pacific port from which trade with the Far East was conducted. It also has a workshop in building...
been there
wishlist
0.3 km
Acapulco Botanical Garden
Open sunrise to sunset, El Jardín Botánico de Acapulco is a small tropical botanical garden located near Loyola University. It makes for a pleasant stroll with panoramic views of the bay, orchids, ponds,...
been there
wishlist 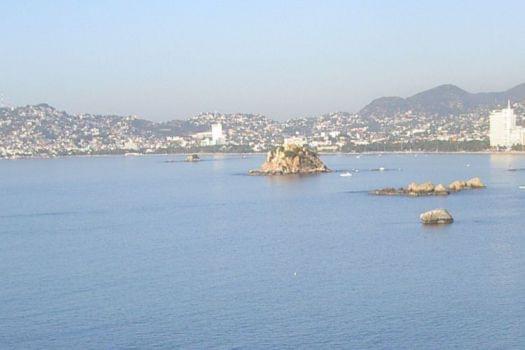 0.4 km
Playa Icacos
been there
wishlist