Mexico City is a sprawling metropolitan area, spilling out from the historic center to cover nearly 800 squares miles (about 2,000 km2) in the high mountain valley. Visitors have a multitude of choices in getting around, including a public transportation system that is well developed and amazingly cheap. The Metro rail service, running both on the surface and underground, is a good bet if you can handle the crowds, the long transfer walks and stairs. Metro stations are also often the hub of other services like Metrobuses, minibuses, taxis and public bicycle rentals. As in any dense urban area, tourists should be alert to safety concerns.

Cars can be rented at the airport with no international license required if your country's license is written in the Roman alphabet and the driver's photo displayed. That said, it is generally more advisable to rely on public transportation given the craziness of traffic and almost impossible parking.

ECOBICI, Mexico City's public bike sharing system, debuted in 2010 with 85 stations and now has more than 400 in 42 neighborhoods. Bikes are available from 5 am to 12:30 am. Registered users have free unlimited rides up to 45 minutes on the red-and-white bikes and pay about 50 cents US for the balance of the hour and about US$2 an hour thereafter. Tourists can register for one to seven days, one day being less than US$5.

The Metro rail system in Mexico City moves more than 4 million passengers a day. Service begins 5 am weekdays, 6 am Saturday, 7 am Sunday and goes until midnight. During the rush hours of 7:30 am-10 am and 3 pm - 8 pm, the front cars are reserved for women. The color-coded system has nearly 200 stations, 12 lines and a fare of only 3 pesos (less than 20 cents US), but be prepared for long walks, lots of steps, lots of people. Avoid showing off your jewelry or mobile. Smart Cards and individual tickets may be purchased at stations.

The air-conditioned Metrobus, a rapid transit system linked to Metro rail, has been steadily expanding since it was introduced in 2005. Most useful to tourists is Line 1 on dedicated lanes along Avenida Insurgentes from Metro Indios in the north southward to Monumento al Caminero. Line 4 provides service around the historic quarter and to the airport. The fare is 6 pesos (about 30 cents US), 30 pesos (US$1.60) to the airport. Smart cards also good for the Metro and electric trolleys can be purchased at vending machines at stations. Women-only buses have a pink placard in the window.

Microbuses, sometimes called "peseros" though they cost more than a peso now, are also in service on major arteries, stopping anywhere along the way. Cards in the window indicate the fixed route, which often begins at Metro stations. Fees are set by distance, ranging from 4 pesos (up to 5 km) to 5.5 pesos (12 km or more).

Taxis are inexpensive and easy to come by, but play it safe and engage a "taxi de sitio" at a designated taxi stand or by phone rather than hailing a cab on the street. Uber and Cabify also operate in the city. Authorized taxis at the airport - fees based on zone and vehicle type - are pre-paid at a kiosk in the terminal. Ask for a "sedan," not a van. 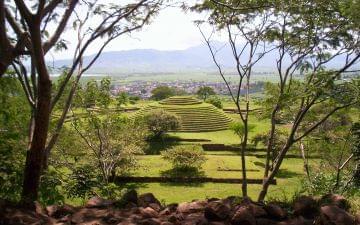