been there
wishlist
Recommended for: Outdoor & Adventure Family

Once upon a time there existed an ancient supercontinent called Gondwanaland, the largest land mass ever on Earth where lush Jurassic rainforests flourished. But millions of years ago, it began breaking up into separate continents. This is no fairy tale but the primeval history of Australia where vestiges of that ancient land can be found in Daintree National Park. Here you can find the oldest rainforest on the planet, kangaroos that live in trees, six-feet-tall prehistoric birds and Boyd's forest dragon, an 18-inch-long lizard. To avoid heavy rainfalls and slippery slopes, the best time to visit is between April and October. Organized tours are the easiest way to explore the biological and cultural diversity, but rugged travelers in 4WDs can follow a self-drive audio guide. 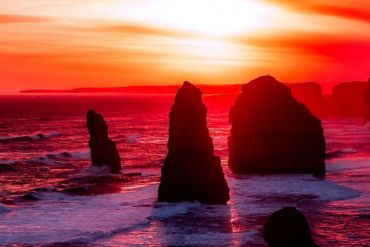