Famous for its boutique shopping, diverse nightlife and the Darlinghurst gayborhood, Sydney's Oxford Street stretches from the southeast corner of Hyde Park in the Central Business District all the way to Bondi Junction in the eastern suburbs. The section running through Darlinghurst is closed off each year for the Sydney Gay and Lesbian Mardi Gras. Late-night partying has been somewhat curtailed by the 2014 lock out and late drink regulations. 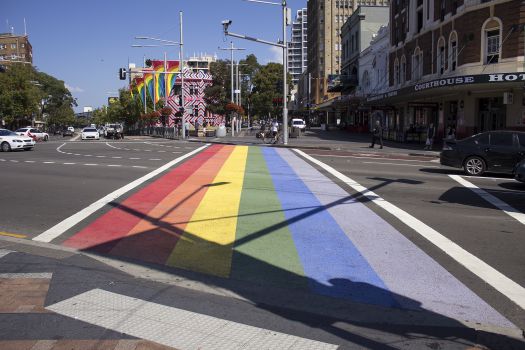 Protected by hunky lifeguards in Speedos, North Bondi Beach just up from the main famed Bondi Beach is where gays, lesbians and the locals hang out. Alcohol is prohibited on the white sands, but pubs line the beach. Tip: the farther north you go, the gayer the beach. Four miles (7 km) from downtown, it can be reached by tram from Circular Quay or Railway Square.

The 440-foot (134 m) Harbour Bridge, the world's largest steel-arch bridge, may be viewed from afar or from the top. BridgeClimb, begun in 1998, offers small-group climbs via catwalks, stairways and ladders leaving every 10 minutes. All the way to the top (almost four hours) or half way up (1.5 hours), the view is like no other. Only moderate fitness is needed, but hardier souls taking fewer stops and keeping up the pace can do the full climb in 2.25 hours. Day, night and twilight tours are offered.

Hit the Gibb River Road in a 4WD for the ultimate in adventure travel. The 410-mile (660 km) route, once used for driving cattle through the wilderness, winds through the heart of Kimberley, passing outback cattle stations, Aboriginal sites, a couple of national parks and dramatic gorges along the way. Make the trip in the dry season between May and October. 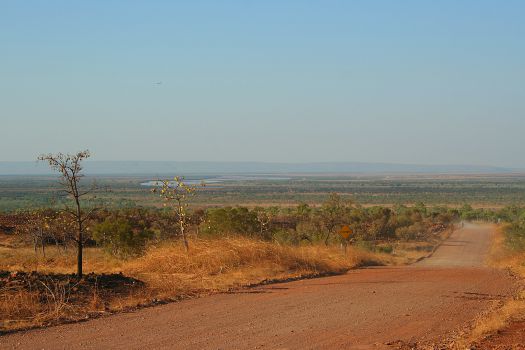 Kakadu, the Aborigine heartland of Australia and the country's oldest national park, encompasses nearly 8,000 square miles (20,000 km2) where people have been living for more than 65,000 years. Rock painting began here nearly 20,000 years ago. Its rich heritage earned it a dual UNESCO World Heritage Site ranking as both cultural and natural treasure. Best way to get there is to fly into Darwin or Alice Springs where you can book a tour or an overland vehicle. It's open year round but with two distinct and very different seasons. The dry season from May to October is the most popular and when most visitor sites are open. It gets wet between November to April with flooding and storms, but landscapes are lush, crowds are thinner, prices are lower and iconic sites like Mourlangie, Ubirr and Yellow Water Wetlands remain open.

Admission is free at the Art Gallery of NSW, whose domestic and international collections span from Aborigine to Contemporary. It also features major special exhibitions. As it approaches its 150th birthday in 2021, it plans a multi-million expansion project that will double its size. 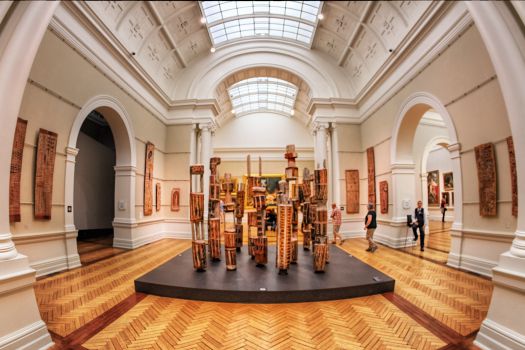 Fraser Island, yet another of Australia's unmatchable UNESCO World Heritage Sites, is the only place in the world where towering rain forests are rooted in sand. It holds title to being the largest sand island in the world, a sliver of real estate that includes a 75-mile (121 km) stretch of drivable beach and 72 shades of sand, mostly reds and yellows. Land and sea life abound with wallabies, dingos and whales on view. To get there, fly to the Fraser Coast and then take a 50-minute ferry ride. Accommodations on the island and in nearby Hervey Bay range from campgrounds to fancy resorts.

Once upon a time there existed an ancient supercontinent called Gondwanaland, the largest land mass ever on Earth where lush Jurassic rainforests flourished. But millions of years ago, it began breaking up into separate continents. This is no fairy tale but the primeval history of Australia where vestiges of that ancient land can be found in Daintree National Park. Here you can find the oldest rainforest on the planet, kangaroos that live in trees, six-feet-tall prehistoric birds and Boyd's forest dragon, an 18-inch-long lizard. To avoid heavy rainfalls and slippery slopes, the best time to visit is between April and October. Organized tours are the easiest way to explore the biological and cultural diversity, but rugged travelers in 4WDs can follow a self-drive audio guide. 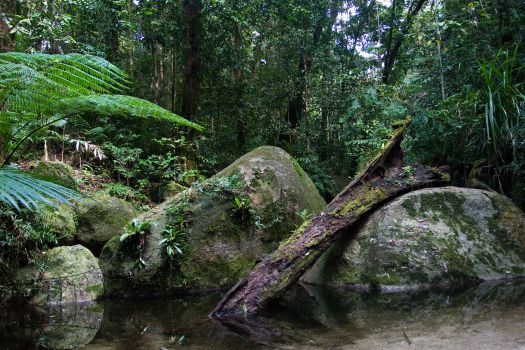 The Australian Open, first played in 1905, holds the record for the highest attendance in Grand Slam tennis and attracts the world's top players. Each January for two weeks, the hard-court tournament kicks off the Grand Slam season, followed by the French Open, Wimbledon and the U.S. Open. 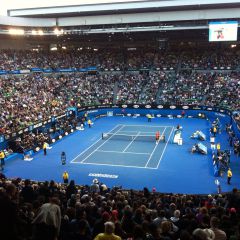 The Royal Botanic Garden covers 74 acres (30 ha) in a natural amphitheater around Farmer Cove in the heart of Sydney. Founded in 1816, it is the country's oldest scientific institution and has an impressive collection of Australian, South Pacific and international plants and themed gardens. Entry is free as are the daily guided walks, leaving the Garden Shop at 10:30 am. It is ringed by The Domain, 84 acres (34 ha) of parkland popular for strolling, concerts, sports activities and open-air events. The Domain is open 24 hours a day. 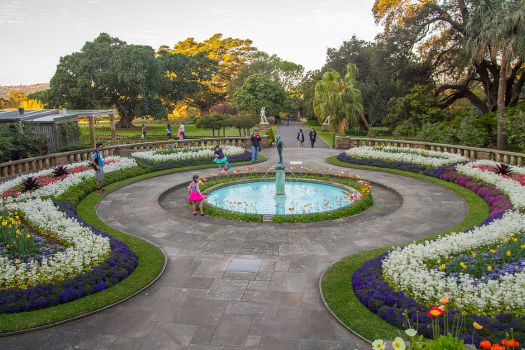 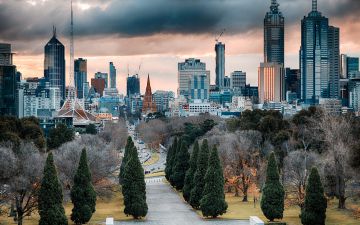 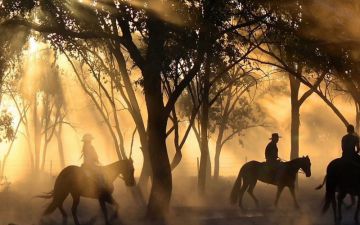